Companies with a strong social and economic impact 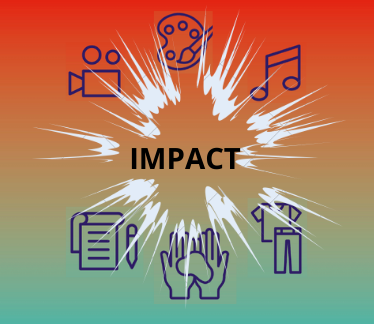 The Senegalese entrepreneurs, both Fatoumata and Safouane Pindra (Optimiste Produktions) and Angèle Diabang (Karoninka), are committed to promoting women’s position in the entrepreneurialworld. In each of their structures, the proportion of female employees is above 60%. Afriart Gallery, for its second edition of the SPAIR artist residency, welcomes two young female Ugandan visual artists. Through this initiative, the gallery allows them to show their arts and techniques that would have otherwise remained invisible on the national and international visual arts scene. In the same vein, Crossroads is demonstrating an inclusive policy that promotes both youth employment, inclusiveness and gender equality (85% of employees are under 30 years old, women make up 50% of the staff, and 6% of the animators are deaf). The studio reinforces its approach by encouraging young women to get involved in the digital animation industry through “Women in animation Uganda”. Its goal is for women to hold 50% of creative positions in animation in 2025, compared to 20% today.

During the first half of 2020, which was shaken by the current health crisis related to Covid19, we witnessed the extent of Afrique Créative program’s creative companies’ impact. Indeed, the 9 entrepreneurs have, all together, made use of a total of 750 service providers to support them throughout their project. Sébastien Bazemo, for example, has enabled the 20 tailoresses he works with to provide for themselves and their families. Langages du Sud collaborated on its new series Lina and Adam with more than 150 providers from the 3D animation industry. Fezah, thanks to its online live concerts’ innovative formula, has enabled 20 musicians to live on an average salary of 460 euros per month. In addition, the companies supported by Afrique Créative have managed to retain almost all their employees, under formal contracts, during the period of confinement (retention rate of 91%). This measure has supported, during that period, more than 350 people. Recently, we were able to identify more than 160 training and awareness actions provided by the 9 program companies. Kaala, besides having formalized contracts for 6 new employees, has strengthened the skills of 16 people in the field of woodworking in a region where the inhabitants are generally poorly qualified. Optimiste Produktions and its Pôle Yakaar, continued their training record and in September 2020, 15 young girls and boys graduated in the field of Festival Management.

Entrepreneurs committed to their community.

In addition to the economic aspect, entrepreneurs have also used their arts, techniques, and innovations to serve their communities. Langages du Sud broadcast 35 free audio capsules for Moroccan youth. Crossroads put its animation skills at the public’s service by creating spots raising awareness on hygiene measures. Sébastien Bazemo and Optimiste Produktions have decided to produce and distribute safety masks. Anya will maintain its festival VISA FOR MUSIC, under a “deconfined” format. He will despite everything, keep on promoting and supporting the Moroccan music sector and its artists.

This website uses cookies to improve your experience while you navigate through the website. Out of these, the cookies that are categorized as necessary are stored on your browser as they are essential for the working of basic functionalities of the website. We also use third-party cookies that help us analyze and understand how you use this website. These cookies will be stored in your browser only with your consent. You also have the option to opt-out of these cookies. But opting out of some of these cookies may affect your browsing experience.
SAVE & ACCEPT

Stay in touch with us !